Lindenwold Day 2019 was held on Saturday, September 21, at Carlton Rouh Field. There were lots of local vendors, community resources, churches and political candidates represented. This year marked Lindenwold's 90th anniversary of incorporation and the 75th anniversary of hometown hero Carlton Rouh's day of action, for which he later received a Congressional Medal of Honor, a Silver Star and two Purple Hearts.

Hundreds of people gathered on a beautiful day for our Borough's equivalent of Family Day. Residents talked and laughed as they walked around the event, stopping in on the various booths, meeting new people, sharing stories, connecting with neighbors - a great time had by all. 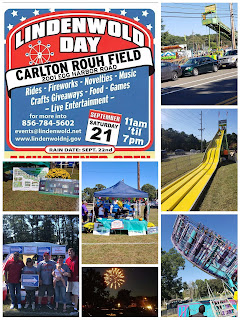 We tried to interview event organizer and Mayor's wife, Brenda Roach, about the day's festivities including how the participants were selected and what it takes to put an event like that together. We were told, no comment.

This year being an election year, there were also political candidates in attendance who are running for local Lindenwold office. The election will be held on Tuesday, November 5th.

On the ballot are three incumbent Democrats up for election: Mayor Richard Roach, Councilman Joseph Strippoli and Councilman Joseph DiDomenico. We asked for interviews and were told no comment. For more information on them, call Borough Hall at 856-783-2121 or Google each of their names.

Also running this year are three new independent candidates who've launched a write-in campaign: Joe Dacciaio for Mayor, Diane Veteri for Council and Joseph Hammell for Council. We met with each one at Saturday's event and asked the following three questions.

Why have you guys decided to run for Mayor and Council in Lindenwold?

We have decided to run for office in Lindenwold because we believe that this is the right time for change. I (Joe D.) was a union rep for 10 years and was told that it would be a thankless job. I wanted to bring change and unity to the workers and the company. Similarly, if we didn't step up now then who would make this change. We want the best for our families just like everyone else does. My wife and her family are from Lindenwold, born and raised. We are invested and determined to return Lindenwold to its former glory.

What do you see as Lindenwold's biggest challenges?

Lindenwold's biggest challenge as we see it right now is the old regime. We think that when people begin to serve in public office, they generally have good intentions. As time goes on they become complacent, swayed or even fatigued by other people and/or parties. Mind you, our current incumbents have been serving for 20, 30 years. Unfortunately it seems, they forget who they are serving. We need to let our residents know that WE work for them and not the other way around.

What would you like to see happen in Lindenwold?

We think that our Borough's overhead needs to be reduced. We believe that new thinking, new ways of doing things and a fresh new outlook for the town could reduce spending on certain areas of the budget and increase it on other fronts. We would like to reduce taxes not only for residents but also for our local businesses. We would like to make Lindenwold a more attractive town for people to want to move here and raise their families. We would like to create better programs that serve more of our residents. The crime in Lindenwold needs to be a focus. We need to greatly reduce and/or eliminate crime by working hand in hand with our police force. Look what Camden has been able to do about crime in just a few short years. This will increase safety and security for our residents and town visitors. It would also spur outside investment and rateables. We would like code enforcement to be more involved in reducing community problems. We'd like that team to help whether it be one of our many apartment complexes, a homeowner who needs help or a landlord of a neglected rental property. Let's bring back businesses to Lindenwold along the White Horse Pike. If we had new business this would attach growth and revenue to Lindenwold. We would like to see better infrastructure improvements for going green to reduce costs and repairs. Let's help bring back industry to Lindenwold. This will bolster blue collar jobs in our town and will be great for the families who live here. We are supporters of better wages for the workers so they have the means necessary to buy the home they want. While the current Mayor supports affordable housing, we are not big supporters of our increasing number of rental properties. It's ironic that we reduce the cost of some homes while raising the cost of others through taxation. It is a delicate and difficult balancing act and one that should no longer be placed on the residents. We would love to better support our veterans and senior citizens in our town. As we spoke to veterans and seniors on Saturday at Lindenwold Day, they seem to feel as they have been forgotten. We would like to create easier pathways to home ownership. We would love nothing more than to have better, more effective communication with our residents. We will have an open door policy at all times. We can welcome change for the better with strong new directions. This will be a more secure path forward for the residents. The biggest issue that we heard and keep hearing is that "no one cares about problems in Lindenwold". Well, let us be clear, WE CARE.

For more information contact Joseph Dacciaio for Mayor of Lindenwold.

All in all Lindenwold Day provided our community a wonderful opportunity to come together. Family, friends, neighbors and newcomers all enjoyed the activities, refreshments and fireworks. Already looking forward to next year.
at September 23, 2019 1 comment:

We are excited to announce the launch of custom made Love Lindenwold t-shirts. Your $20 donation will not only help show your pride of place, it will also directly help the students of Lindenwold (see below). And for a limited time, you get to choose your shirt and lettering colors. There are thousands of possibilities. Want a blue shirt with yellow lettering? Done. How about a green shirt with black lettering? No problem. Just let us know, size, color and quantity.

*Keeping it local: From each $20 t-shirt purchase, $2 will be used for future programming, $8 will go to a Lindenwold vendor for the shirt and printing and $10 will be donated to a soon-to-be-announced Education Foundation currently being created to support the students of the Lindenwold School District.

#FridayFeeling is Lindenwold Day! Getting ready to celebrate our community, your home, and 90 years of history. Come out to the field tomorrow, Saturday, Sept.21st - it's supposed to be a beautiful day! #LoveLindenwold
PS: Who's "Carlton Rouh" - he's a veteran, a Congressional Medal of Honor recipient and an American hero who hailed from Lindenwold and for whom the field is named. https://bit.ly/2m3U4uq 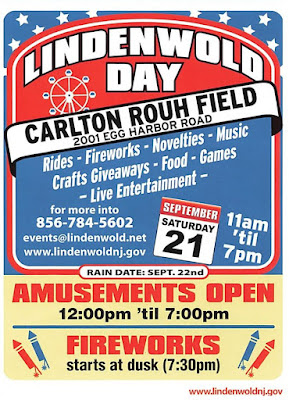 
There is little dispute that one of the biggest ongoing factors negatively impacting life in Lindenwold, is our crime rate. This unfortunate truth affects more facets of our lives' than we can even imagine including our quality of life, safety, property values, mindset, outlook, school funding, outside investment, rateables, reputation, tenant base, etc, etc, etc.

It also causes many residents to offer Gibbsboro, Laurel Springs or Voorhees when asked where they live - too embarrassed to admit they live in Lindenwold. Sad but true.

For our #WednesdayWisdom series - each week we share a resource to help the greater good and future of Lindenwold. Today, we highlight the Camden County Police Department. Currently celebrating its lowest crime rates in 50 years, Camden has become a model for new police behavior being rolled out nationwide.
How best can Lindenwold leverage that National model to lower the crime rate and improve the quality of life for the 18,000 residents who live in Camden's high-crime, county cousin? #LoveLindenwold
One of the things we notice in looking at force.nj.com (first two pics), is that Camden employs one police officer per 220 residents while Lindenwold employs one officer per 474 residents (approx).
And as we've reported in the past, about 8,000 of our rental tenants, who live in our apartment complexes, are "filtered" through 23+/- property managers. What role do these 23 people play in contributing to our crime rate and quality of life? #ChamberofComplexes
#CamdenRising should ≠ #LindenwoldLowering 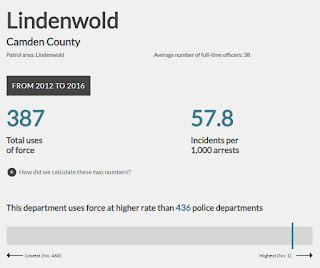 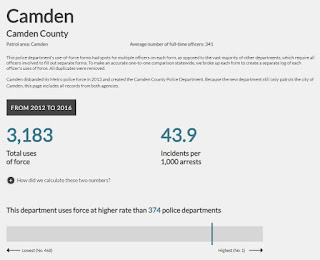 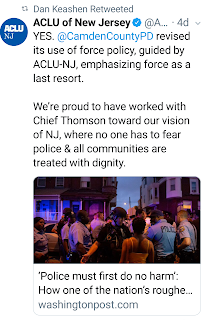 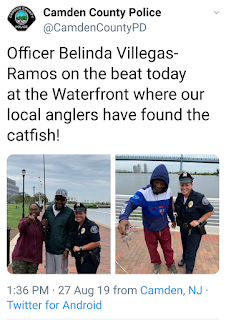 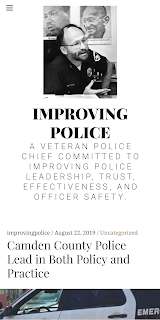 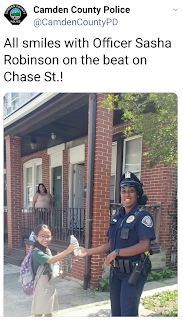 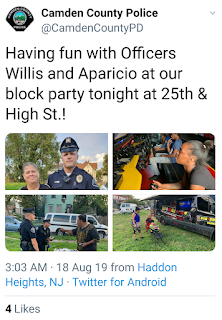 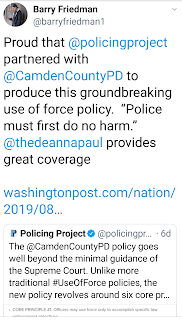 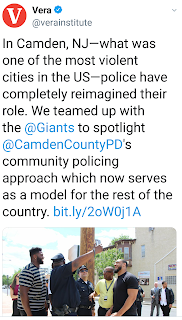 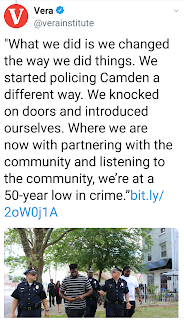 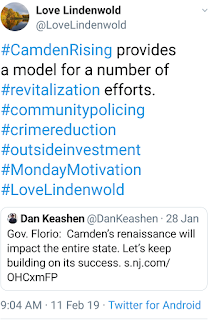 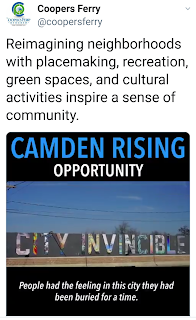 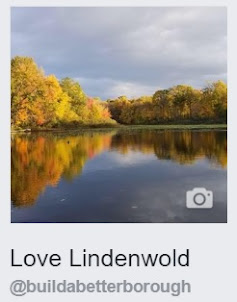 Did you get the Newsletter? 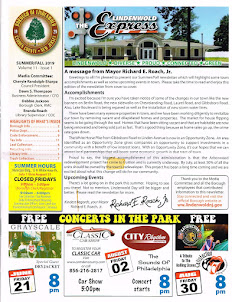 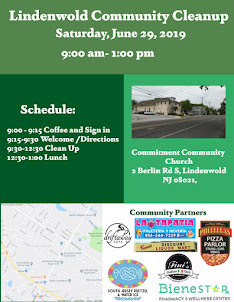 How do you know when you're on the right path? When leaders of neighboring communities reach out in admiration with words like &quot... 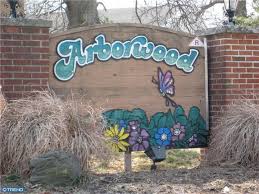 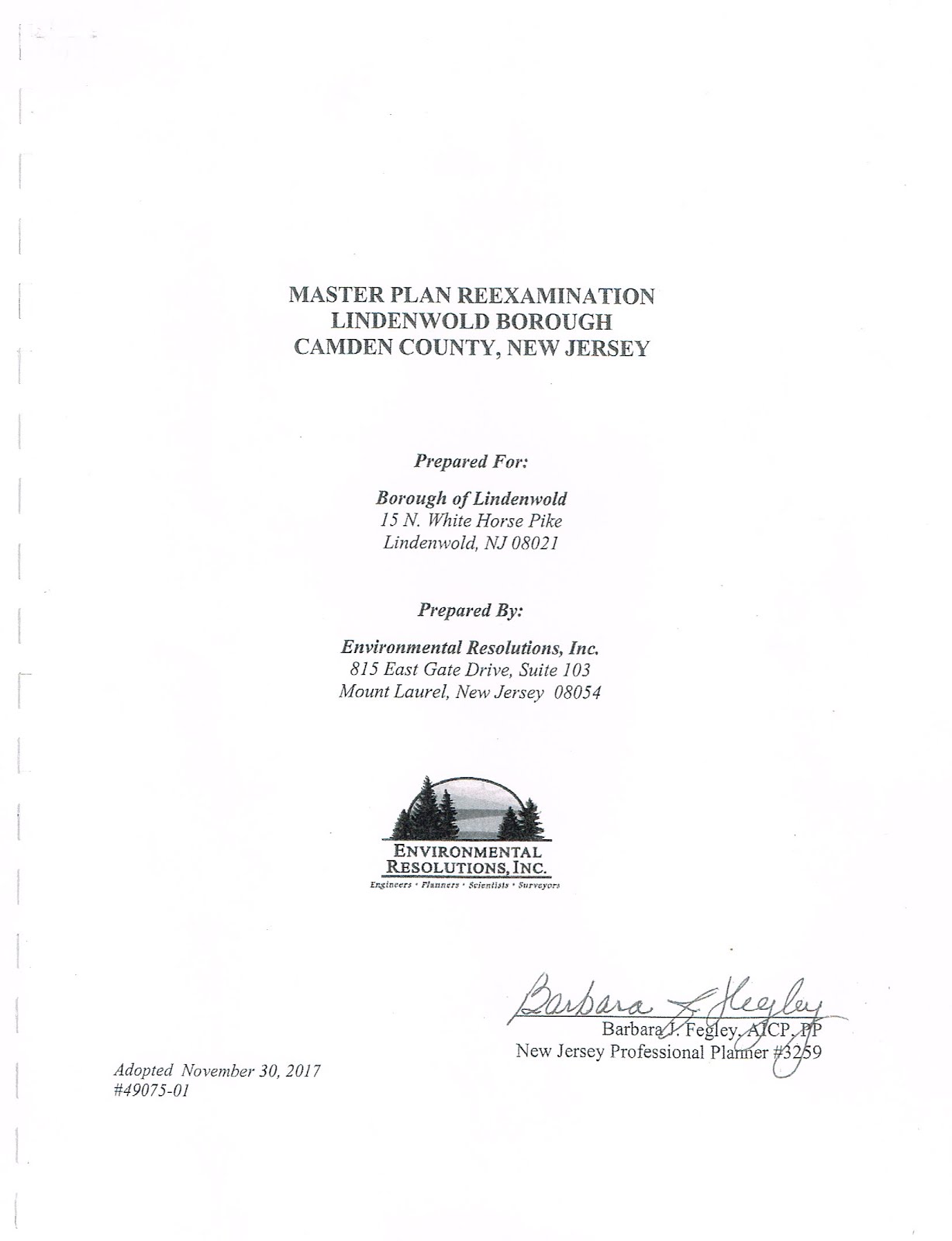